A Precious Life Comes to an End 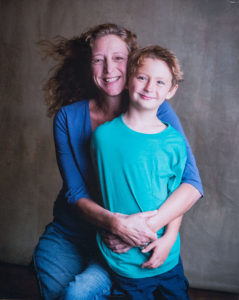 Mary Beth with
the light of her life, Nico.

We celebrated Mary Beth’s birthday on December 17, 2016. Two friends from Los Angeles, Amanda and May, drove up for the occasion.  Mary Beth’s brother Joel drove down from Sacramento. As with the “dinner parties” held from time to time, everyone made a contribution of food and libations. We all appreciated how much our dear friend enjoyed a good party. They were always wonderful events filled with laughter.

Mary Beth, confined to her wheelchair, was using a portable microphone that amplified her voice so she could engage in conversation, though her energy was limited so the conversations were short. There was wonderful food, good wine, cocktails, beer and a chocolate birthday cake. Mary Beth blew out the singe candle, much to everyone’s delight. Mary Beth definitely seemed to be enjoying herself. Clearly she received much love from those present. Hugs and kisses were in abundance.

On Monday morning, Carolyn, her dear friend with whom she had lived since moving from Los Angeles over four years ago, sent an email saying that Mary Beth had come down with pneumonia and was taking antibiotics as well as increased morphine to comfort her troubled breathing. The nurse from hospice visited, and a friend who’d recently joined the circle of supporters came on Tuesday and Thursday to do Jin Shin Jyutsu with her.  It was sometime early on Friday morning Mary Beth took her last breath.

With Carolyn’s alert that Mary Beth had died a number of friends came to be with Mary Beth and with one another.  For the next three and a half hours we surrounded Mary Beth’s hospital bed, sharing our grief even as we spoke of the joy we experienced through our relationships with Mary Beth.  Travis had spoken with Mary Beth about rituals that might be performed after her death.  I know from my own conversations with Mary Beth about holding a memorial service following her death that this was not a subject she enjoyed discussing.  But she did offer Travis enough guidance that we did in fact attend to Mary Beth this morning… applying oil to her feet and ankles, then washing hands, feet and face.  Nico would at times join us.  He picked up a wash cloth, soaked it with water, then touched his mother’s face.

Travis told the story about showing Mary Beth a sari she’d bought in India, asking whether that might be suitable for a wrap after Mary Beth had been bathed.  Mary Beth didn’t especially like it until Travis said buying another would likely cost $200.  At that juncture Mary Beth said the one Travis had was just fine… we smiled at that, knowing Mary Beth as we did.

Five women washed Mary Beth’s body and wrapped her with the sari.  When I first saw her she seemed both at peace and remarkably beautiful.  Mary Beth had asked Travis to take photos so Nico would have a record.

An interesting aside is the fact Nico’s cat Felix, who had been carousing for weeks showed up the morning Mary Beth died.  He soon found his way to her bed and lay resting against leg.

Mary Beth will be cremated the first week in the new year.  Nico has expressed an interest in attending.  A number of friends will join him.  A memorial service will be held, likely in late January.  Notice will be given as soon as arrangements are made so friends who wish to celebrate Mary Beth’s life can make their plans to attend.